Rose Foundation for Communities and the Environment is pleased to announce Regina Chichizola as the winner of the 2017 Anthony Grassroots Prize, an annual $1,000 Earth Day award recognizing an outstanding example of grassroots environmental stewardship. Orleans activist Regina Chichizola is a dedicated volunteer advocate for wild salmon and environmental justice for Tribal communities. She focuses her passion towards protecting California’s threatened aquatic ecosystems, and the people who depend on them for life’s sustenance, especially the Tribes and commercial salmon fishermen of the Klamath-Trinity basin. She was an early leader in building the movement to remove four old and outdated dams from the Klamath River, which led to a historic water settlement between the dam operators, state and federal government, and some tribal nations around the cooperative removal of the dams.

PHOTOS OF CHICHIZOLA AND HER WORK: 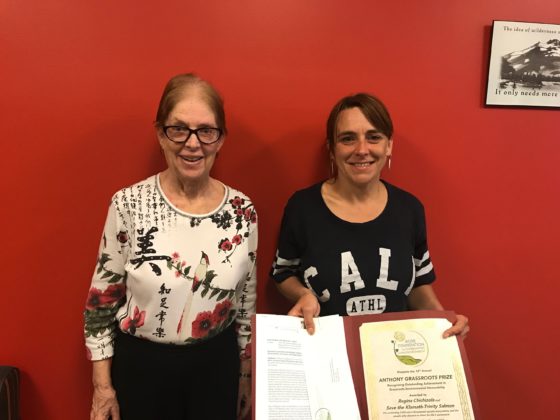 Regina Chichizola (right) and Juliette Anthony, the founder of the Anthony Prize. 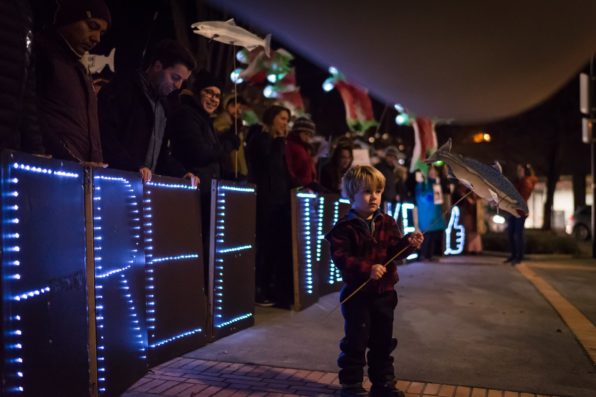