Privilege creates a series of invisible, but very real societal, cultural, and physical barriers. You will meet individuals dedicated to upholding every person’s right to accessing the outdoors, public space, professional fields, and resources – pioneers for their community and generations to follow.

Ascending a Nepalese peak is a seasoned mountaineer and a punk rocker. And yes, they are both women. Accompanying them are two men: both filmmakers and experienced climbers. Along their journey, the women express their concerns around balancing motherhood with adventure, while exploring the question of what it is to be feminine. What began as a male-directed film about female empowerment, ended up as a female-led journey by women who need no permission to be themselves. 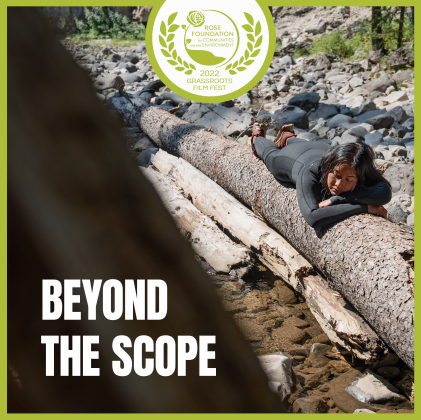 This film tells the story of an outdoors educator. aquatic ecologist and environmental educator based in the US’s oldest National Park: Yellowstone. Anna has spent years welcoming students, families, community members, and beginners into the outdoors to connect with outdoor spaces, and each other. Beyond the Scope is a film amplifying Anna’s story, conveying her contagious love for conservation and her deep desire to cultivate a more inclusive outdoors for all. 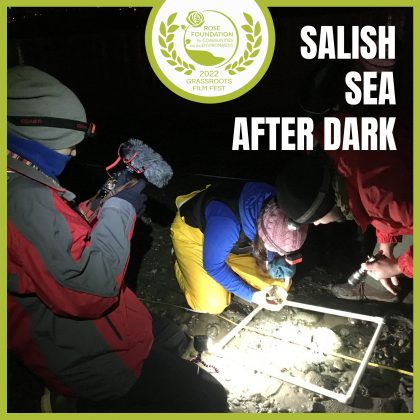 Have you ever explored the natural world when you’d normally be getting ready for bed?  By exploring ecosystems at night, scientists can observe animals that stay hidden during the day. Produced by Rose Grantee Harbor WildWatch, learn about how engaging community members in the process of natural science creates new opportunities for researchers and curious volunteers alike. 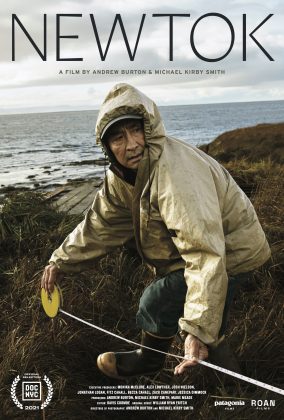 What happens when the barrier between land and sea erodes right into your backyard? This feature film from Patagonia explores the town of Newtok, Alaska, where Yup’ik residents must relocate their entire village upriver for the health and safety of their community. As some of America’s first climate refugees, they have a unique and powerful story to tell about seeking justice in the face of climate disaster. 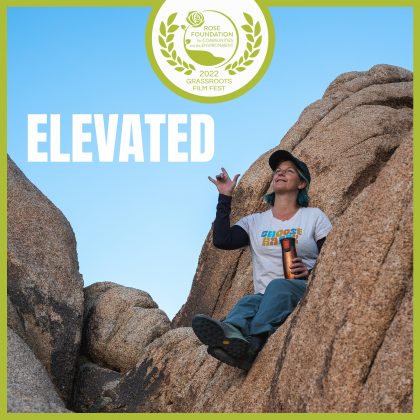 Effective communication is a challenge every climber faces. It’s a sport that requires intense focus, dedication, and overcoming fear. For Deaf climber Sonya Wilson, communication and community is of vital importance. Elevated is a non-verbal film sharing Sonya’s experience as a Deaf woman and outdoor advocate working to bridge the gap between the Deaf community and the outdoor industry, one crag at a time. 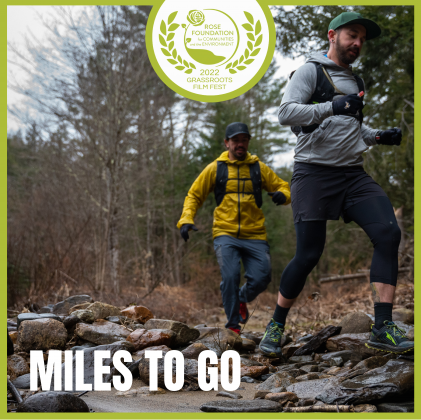 In 2022 alone there have been over 300 anti LGBTQ+ bills proposed in various states across the country. Refusing to sit idly by, trans trail runner Perry Cohen formed a team of fellow runners, who identify as trans men, with an aim to compete in trail races in states proposing and passing hateful legislation. Miles to Go follows their journey into the world of trail running and the freedom to be themselves on the trail. 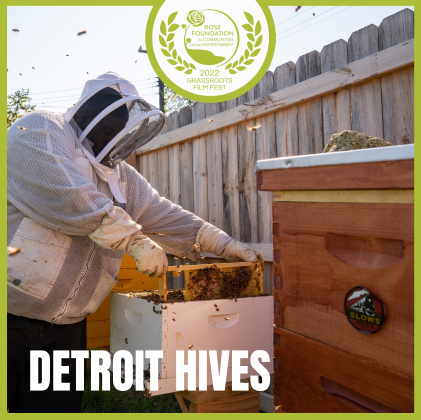 When you think of Detroit, urban apiaries probably aren’t the first thing to come to mind. But that’s exactly what Detroit Hives have been up to, restoring vacant lots into bee farms and reimagining what a flourishing urban area can be. This film explores two Michiganders shirking expectations and creating sweet, sweet community.