We’ve kicked off 2023 distributing $90,000 from the California Environmental Grassroots Fund across 17 organizations. These groups exemplify the incredible range and diversity of community activists the Grassroots Fund supports—from farmworkers fighting the use of hazardous pesticides and under-resourced counties building low carbon, healthy transportation options, to faith leaders mobilizing their members around environmental justice issues and the restoration of a 10,000-year-old sacred indigenous site on the campus of CA State University, Long Beach. 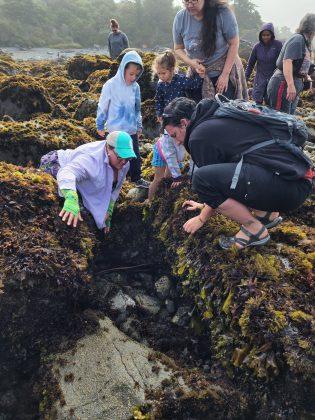 A tide pooling event hosted by Tolowa Dunes Stewards as part of the 2022 Public Education series with Redwood Parks Conservancy.

The Tolowa Dunes Stewards (TDS) work to engage youth, tribal members, and community volunteers in education, advocacy and hands-on restoration of Tolowa Dunes State Park and the Lake Earl Wildlife Area. The 11,000+ acres of unique public lands feature coastal dune, forest, meadow, estuarine and wetland habitats which are home for up to 70+ endangered and sensitive species. This remote area is also home to California’s largest number of indigenous people still living on or near their ancestral lands. TDS works closely with the local Tolowa Dee-ni’ Nation to help rebuild connections with, and stewardship of, their ancestral territory.

Unfortunately, changing weather patterns due to climate change have enabled non-native invasive species to flourish, producing one of the biggest threats to the region’s biological diversity. TDS is the only organization in the county that is working to control the spread of non-native invasive plants on a consistent, landscape scale. One invasive species the group has worked tirelessly to remove is European beachgrass. The stiff clumps of grass unnecessarily stabilize coastal dunes, inhibiting their ecosystem function and ability to provide habitat for sensitive and listed species. Support from the Rose Foundation will help TDS maintain their progress in removing European beachgrass from over 100 acres of contiguous coastal habitats. This work is particularly timely, as once beachgrass is initially removed, it is necessary to work at least monthly to keep removing the resprouts which try to keep the deep roots alive. With diligent maintenance, the long roots below ground eventually die.

In a recent study measuring household, cultural, and socioeconomic diversity, Richmond, California was said to be the most diverse city in the US. The 115,000 working class residents live in the shadow of a massive Chevron refinery, whose operations continually threaten the health of the neighboring population and environment. It is under these conditions that community groups and climate justice activists formed Rich City Rays. The grassroots organization is working to recruit, train and equip a flotilla of “kayaktivists” to challenge the oil and gas industry through on-water protests and disruptions in Richmond, CA. 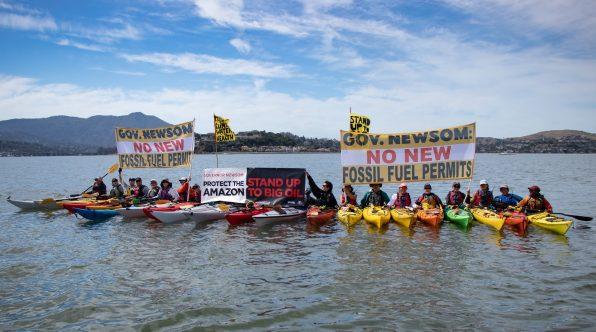 Kayaking has historically had cultural and economic barriers for people of color. With funding from the Rose Foundation, Rich City Rays is upending this narrative by providing free kayaking classes and equipment in Richmond and other similarly underserved communities. Working closely with Richmond residents and activist groups, Rich City Rays is planning and executing water-based actions and disruptions. Through these protests, the group hopes to hasten the end of fossil fuels and respond to the continued toxic pollution of air and water in our communities. 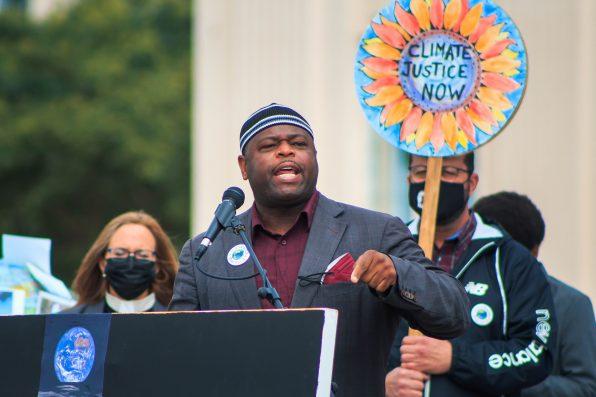 Yusef Miller from ICEJ speaking at the San Diego County Board of Supervisors.

In the Spring of 2022 ICEJ partnered with GRID Alternatives to launch their BIPOC Outreach Program. The program’s purpose is to empower faith communities within the DAC-SASH zone to address the environmental issues that impact them and their congregants. GRID Alternatives is the manager for the State of California’s Disadvantaged Communities Single-Family Solar Homes (DAC-SASH) Program. This program provides low-income homeowners with rooftop solar systems at no cost to the homeowner. To qualify for DAC-SASH, homeowners must live in one of the top 25 percent most disadvantaged communities statewide. As part of their outreach, ICEJ alerts faith leaders and congregants to the DAC-SASH Program so they can take advantage of free solar, lower their utility bills, and fight climate change.

We are proud to support these budding organizations through the Grassroots Fund. Learn about the exciting projects of the other 2023 GRF winter grantees here.

This entry was posted in In the News, News & Features.
Media Center
Donate
New Voices Are Rising
Grassroots Fund