At the Rose Foundation, we support community-led groups and train young environmental justice leaders protecting our communities and the environment through our grassroots grantmaking and New Voices Are Rising program. Another important part of our work is helping incubate new organizations as a Fiscal Sponsor. This service stems from Rose’s guiding philosophy that the most effective and innovative projects are often initiated at the grassroots community level. Because many of our fiscally sponsored projects are too small or too new to have yet secured IRS recognition of their charitable status as a 501(c)(3) organization, Rose helps these projects raise charitable donations and build organizational capacity. This month, we are featuring our fiscally sponsored project Just Cities.

Just Cities LLC is an innovative organization working to address many intersecting issues. From global health; to the environment; restorative justice; security; and urban planning, Just Cities — formerly known as the Dellums Institute for Social Justice — addresses these issues by creating untraditional coalitions and training youth leaders. This intersectional approach has most recently made a huge impact in the city of Oakland and beyond — the passage of the Ronald V. Dellums and Simbarashe Sherry Fair Chance Access To Housing Ordinance (Fair Chance Housing Ordinance). This ordinance, passed unanimously by the Oakland City Council on January 21st, prohibits criminal background checks on potential renters in Oakland in both public and private housing. While there are similar measures in the Bay Area, this is the first in the state of California preventing criminal background checks on private housing. As Margaretta Lin, Executive Director of Just Cities, explains, this ordinance will “remove structural and racialized barriers to all forms of housing for people with criminal records.” Margaretta continues, when formerly incarcerated people

“return home, they are being denied the ability to live with family members or access private rental housing, public housing, and affordable rental housing because of their prior criminal records. That’s a major reason why we have the explosion of homelessness in our cities.”

In fact, joint-research from Just Cities and the Goldman School of Public Policy found that 73% of surveyed residents in Oakland’s homeless encampments have a criminal record. The Fair Chance Housing Ordinance will support many formerly incarcerated people in securing housing locally, which makes a huge difference in securing a job and fully re-entering society. And it will make a big difference on what Margaretta describes as “the explosion of homelessness in our cities.” This is a major win for housing justice in Oakland — where Black and brown people are incarcerated at rates far above White people, and homeless people are incarcerated at 10 times the national average for the general public. And Just Cities is already following up by helping Berkeley, Emeryville, and Alameda County pass similar policies. 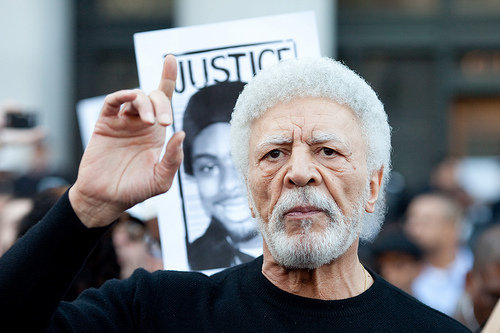 Just Cities’ successful intersectional work is guided by the legacy of its Co-Founder, Ron Dellums. Ron Dellums became the first African American elected to public office in Oakland, and he went on to become a Congressman for nearly twenty years. Learn more about Congressman Ron Dellums on Just Cities’ website. Lin recalls that Dellums “[fearlessly advanced] bold solutions to racial and social injustices” and demonstrated a “love of all peoples, regardless of their race or status. That’s why as part of his legacy, we create advocacy and organizing platforms that center the people most impacted by injustice to collaborate on solutions with policymakers.” Just Cities is also guided by Dellums’ record, as Margaretta explains, “we do not demonize people who oppose our efforts and [we] work to listen and see their humanity. It’s about the issues and the underlying principles, and we strive to stay focused on these higher truths.” Coalition building, as exemplified by Congressman Dellums and Just Cities, is intersectional, which is important work, because “access to basic human needs of housing, education, employment, and human dignity all impact the environment and public health and safety,” Margaretta points out. She adds,

“As human beings, we all stand on the shoulders of all of the people who worked for justice, regardless of what sector or issue area.”

In the 90s, Rose Foundation Co-Founders Tim Little and Jill Ratner first worked with Congressman Dellums, and met his staffer Margaretta Lin, on the Save the Headwaters Forests campaign when he was their representative. Tim fondly remembers the Congressman as seeming “larger than life.” Thanks to Dellums’ leadership, the campaign to save some of the last major stands of old-growth redwoods in the world was able to secure the support of the California Congressional delegation and ultimately created the Headwaters Forest Reserve! Eventually, Margaretta and Ron decided to create Just Cities, and Rose Foundation happily supported them by providing a charitable home-base as a fiscal sponsor. Tim comments, “we are the Rose Foundation for Communities & the Environment and work on everything at that intersection.” Just Cities works at the intersection of community and equity, “the fabric of our urban environment and justice in our urban environment,” and according to Tim, it was a natural fit! 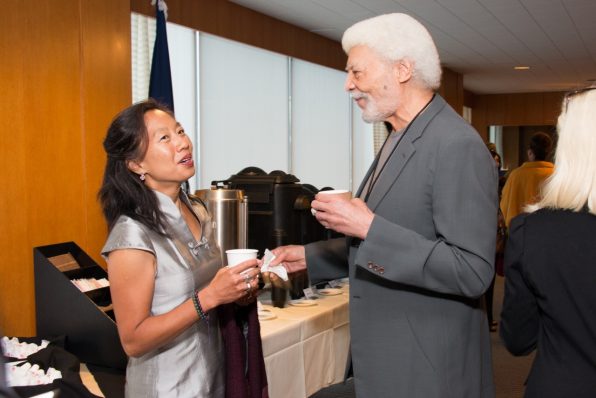 This Black History Month, we want to honor Ron Dellums, a local Black hero who led many movements for peace and justice. Margaretta suggests we honor Dellums by becoming informed about the multifaceted and complicated issues we care about — whether that be homelessness and housing justice, criminal justice, environmental justice, or climate change. As she explains, “he truly believed that an informed citizenry was at the heart of our democracy.”

Want to support Just Cities’ incredible and intersectional work? Learn more about the Fair Chance Housing Ordinance here; if you feel moved to do so, donate to this incredible work here. And check out their upcoming event on February 19th, Beloved Oakland 2020, where we will celebrate Oakland’s social justice legacy and build “one just community.” Get tickets here.