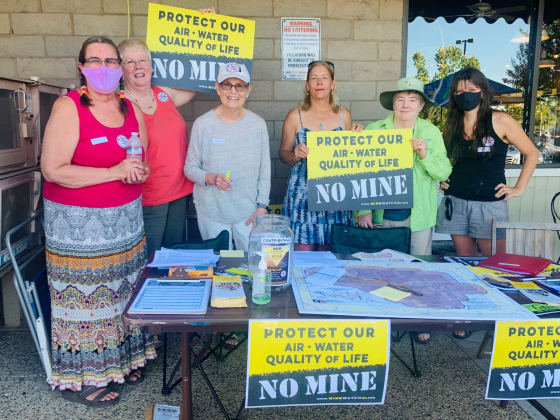 Community Environmental Advocates Foundation (CEAF) is an all-volunteer citizen advocacy group that leads grassroots community education and advocacy for responsible land use and environmental protection in Nevada County. Their recent work has helped shape positive outcomes in County land use policy, and they’ve successfully advocated for the inclusion of affordable housing, open space and agriculture in a number of large development projects. They’ve also spearheaded an initiative to educate property owners of the hazards posed by the poisons applied to water ditches adjacent to their properties. CEAF was awarded $4,000 during the winter 2022 round of our California Environmental Grassroots Fund to buoy their efforts against the reopening of the Idaho-Maryland gold mine near Grass Valley, CA. The organization has fought off previous attempts to re-open this mine; most recently in 2008, where their persistence in dragging out the environmental impact report (EIR) process eventually forced the mining company to abandon the project.  But the skyrocketing price of gold continues to fuel fresh efforts to reopen the mine.  This time, CEAF plans to launch a full-fledged community opposition campaign, including in-depth research and commentary on the latest Idaho-Maryland mine reopening proposal and EIR, and robust public outreach and education about the negative consequences of the mine’s reopening.

The damaging environmental impacts of the project range from forest habitat destruction, air pollution, GHG emissions, and threats to riparian habitat and water quality. In total, over 75 acres of woodlands, grasslands, and chaparral would be covered by waste rock and tailings from the mine. One of the proposed sites is of particular note: the property contains rich habitat, with 58 acres of Mixed Conifer and Montane hardwood, 8 acres of grassland, a large pond, and a flourishing meadow. This site is part of a continuous intact wild area that connects to the Empire Mine State Park 100 acres to the south.

The mine also threatens the maintenance and restoration of the Wolf Creek watershed. Millions of gallons of mining water dumped into the South Fork Wolf Creek will scour the creek and damage downstream habitat. Erosion and sediments containing contaminants from legacy mining operations pose risks to water quality and native riparian habitat, including downstream restoration efforts underway at Empire Mine State Park. 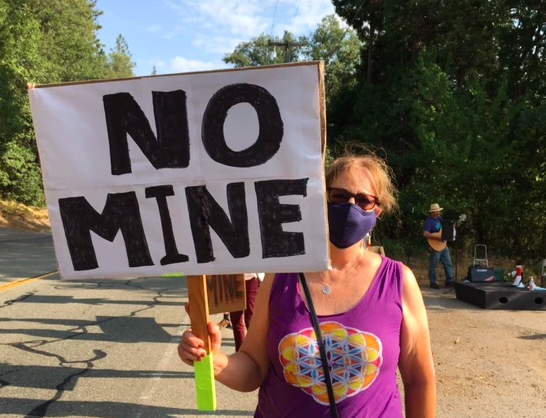 The human-related impacts are equally numerous. Nevada county already has an air pollution problem, owing to high ozone days and particle pollution. According to minewatchnc.org, chronic lung disease deaths in Grass Valley hover at twice the state average. The Idaho-Maryland mine would exacerbate this air pollution problem, releasing diesel exhaust, airborne asbestos, and other pollutants. Hardrock mining is also linked to toxic waste like arsenic, manganese and thallium that can increase the risk of cancer and other illnesses in humans (sosbluewaters.org). Nevada county residents also suffer from drought-related water scarcity. The mine would further dewater the region’s groundwater driving up the future price of water. Furthermore, more than 300 private wells would be put at risk of failing or becoming contaminated from mine runoff.

The fight has really launched into full swing in the last month with the release of the draft EIR. CEAF volunteers have been pulling together extensive comments on the DEIR from their legal team at Shute, Mihaly, & Weinberger, various technical experts on hydrology, air quality, greenhouse gasses, hazardous materials, and noise impacts, and a community letter signed by all their coalition members. They mobilized a huge turnout for the planning commission meeting in early April, including over 100 commenters challenging the project. Jane Pelton, speaking on behalf of Community Environmental Advocates, describes the recent County Planning Commission meeting:

Over 100 people spoke to challenge the sufficiency of the draft environmental impact report, and it is a testament to CEA’s diligence in research and education that so many in our community have had access to the facts and were able to articulate their individual concerns so well.

The meeting made clear that the reopening of the Idaho-Maryland mine is not in the community’s best interest. Moreover, Grass Valley residents have a wealth of ideas of how the property could be put to better use, that must take precedence over the mine. We are proud to support this exceptional community advocacy group that demonstrates what can be achieved through educating and involving community members on local proposals.