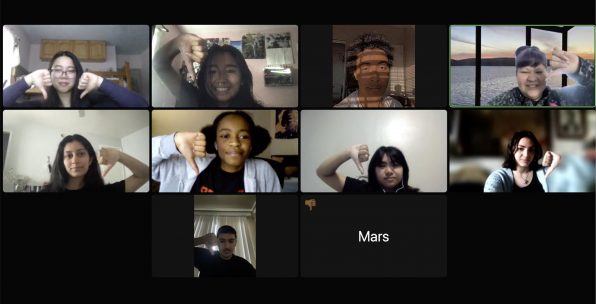 What New Voices students think of the proposed rate hike.

PG&E has a long history of putting profit before people. From 1952 to 1956, PG&E dumped about 370 million gallons of hexavalent-chromium, a cancer-causing substance, into unlined waste water ponds around the town of Hinkley, California. The pollution contaminated the groundwater, harming over 600 Hinkley residents (bbc). PG&E paid $333 million to settle a class-action lawsuit about the contamination. Despite this misstep, the company did not reform its operations. In 2010, a pipe exploded in San Bruno owing to inadequate quality assurance and control. Natural gas from the explosion ignited a fire that destroyed 38 homes and damaged 70. Eight people were killed, and many more were injured or displaced (pipeline safety trust). In 2017, PG&E was placed under criminal probation for its conviction in the San Bruno pipeline explosion. Over the past five years of probation,”PG&E has set off 31 wildfires, killing 113 Californians, burning nearly 1.5 million acres, and destroying almost 24,000 structures.” The company is responsible for some of the biggest and deadliest fires in our state’s history, including the Dixie Fire, Zogg Fire, and Camp Fire (pbs). But despite its poor safety record, PG&E has a near monopoly status over much of northern California energy.

According to a recent article in the East Bay Times, PG&E’s CEO earned over $50 million last year. A lot of that money came from our electric bills. But unlike PG&E’s top brass, we’re not millionaires and even small changes in our bills have a big impact. For example, a 2018 affordability report issued by the California Public Utilities Commission found, “in Fresno a 1% reduction in all essential service charges would result in a 17.5% increase in disposable income for representatives from low-income households.” Every dollar counts for low-income households, especially this year, as prices soar across the board. Inflation has driven up the cost of food, conflict abroad has resulted in record-breaking gas prices, and instability has led to issues of housing affordability. But despite these pressures on their customers,PG&E has proposed a record rate hike. If approved, PG&E customers will pay on average $35/month or $425/year more for energy in 2023. Unsurprisingly, this regressive proposal will disproportionately impact low-income, people of color communities, many of which are home to our New Voices Are Rising (NVR) youth.

On Tuesday, NVR Fellows joined a public hearing to testify against the proposed PG&E rate hike. The hearing began at 6:00, but NVR youth called in half an hour earlier (via phone) to get in line to make their testimony. This public process gave community members space to scrutinize PG&E’s plan and to consider alternatives. All of our seven fellows made a statement at the hearing. Read Zoya Alam’s below:

My name is Zoya Alam. I am a 17 year old high school senior as well as a representative from New Voices Are Rising.

My family has personally struggled by the rate hikes and have had to change priority in our budgeting simply so we can pay off our electricity bills. Electricity is a human right that should not be exploited by corporations, specifically PG&E.

By raising the already high price, people who are already struggling need to take away budgeting from other necessary priorities such as food and grocery in order to pay off their electricity bills. With the season now approaching summer, the temperatures go up which in turn raises electricity bills due to needing fans and air conditioning. With the pandemic, jobs and opportunities to make money have been lost, incomes have decreased, so what sense does it make to increase utility bills while people are already struggling to get by.

PG&E proposing to rake hikes means customers will have to pay on average $35/mo which would be at least $425/year. Energy is a human right that should be easily accessible to the people.

These rate hikes do not guarantee protection from wildfires.

While the people suffer, PG&Eexecutives continue to rake in profits as well as bonuses off our vulnerability.

We demand PG&E to take responsibility for the death of over a dozen people and for the billions of dollars in damage– as well as think about the people’s interests rather than the bonuses their executives would be receiving.