In the last 18 years, our California Environmental Grassroots Fund (Grassroots Fund) has awarded over 1,000 grants totaling more than $3.5 million to small grassroots groups across the state. Our grantees are tackling some of the toughest environmental problems — from pollution to public infrastructure, community health, habitat preservation, sustainable agriculture, and more — impacting their family, neighbors, and friends. Together, our grantees are building a better California.

Many of the decisions that impact our lives are made behind closed doors, where public officials, elected representatives, and often corporate interests decide policy and plans for our communities’ futures. These decision-makers rarely reserve a seat at the table for people from the community to participate in these important discussions. But that doesn’t stop many of our Grassroots Grantees from having their voices heard — they open the doors and pull up their own chairs! Meet three of our Grassroots Fund grantees leading efforts to develop policy and planning that responds to the needs of their communities. 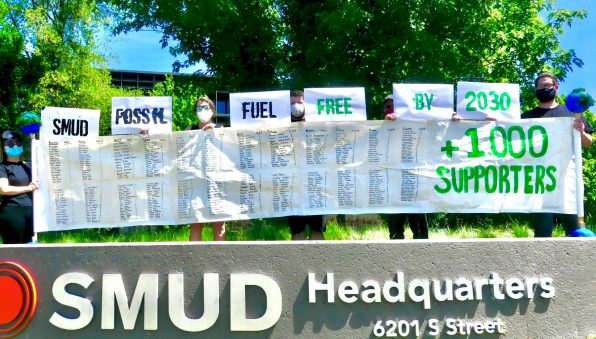 Over the last year, we have seen many countries, cities, and companies bring forward plans to achieve net zero carbon emissions with deadlines as far out as 2050. But did you know that last July, the Sacramento Municipal Utility District (SMUD) became the first independent public utility to commit to reaching carbon neutrality by 2030? In California’s capital, Grassroots Fund grantee Sacramento Climate Coalition (SCC) advocates for clean air and climate action. SMUD’s historic carbon neutrality plans come thanks to SCC’s tireless efforts to pressure the utility over the last few years. The coalition’s advocacy created big wins in 2020! Last year, the County of Sacramento and SMUD both declared a Climate Emergency. Later this month, SMUD will publish its plan to reach net zero carbon emissions and address the climate emergency; the plan includes closing five gas-powered plants, and prioritizing the closure of two which are located in vulnerable communities. Read this op-ed to learn more about SCC’s successful organizing for clean air and accountability in climate action planning. 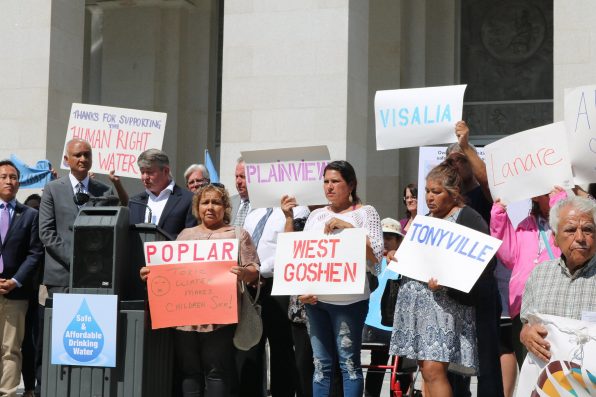 Last month’s polar vortex unleashed ice storms, froze water pipes, and knocked out power to millions of families throughout much of the South. It also underscored the dangers of our nation’s failing public infrastructure. These problems go beyond the Texas power grid to our country’s aging water infrastructure. According to the Guardian’s recent report, more than 25 million Americans drink unsafe water that does not meet federal standards, and Latinx communities are disproportionately exposed to this daily health hazard. La Asociación de Gente Unida por el Agua (AGUA) is a grassroots coalition of communities of color and low-income residents working hard to secure safe, clean, and affordable drinking water to the San Joaquin Valley. One tactic AGUA uses to secure this basic human right is to ensure community members are represented in decision-making. Over the last few years, AGUA successfully elected founding members Ruth Martinez and Sandra Garcia to local water boards, where they can advocate for their communities’ needs. In 2019, after traveling to Sacramento several times to provide public comment, AGUA helped pass SB 200 which established California’s Safe and Affordable Drinking Water Fund. This legislation is critical to improving our public water infrastructure. The Fund brings resources to California’s communities of color and low-income residents to address dilapidated infrastructure, clean up contamination, and implement sustainable solutions for clean water. And during the pandemic, AGUA has been instrumental in winning a statewide moratorium on water shutoffs, supporting vulnerable families impacted by COVID-19. 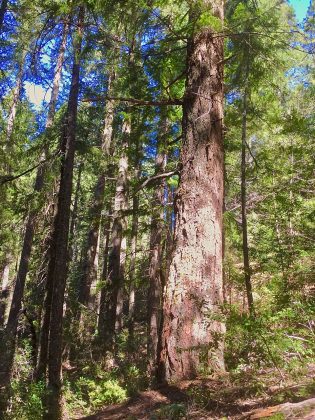 A powerhouse grassroots group on the North Coast, Klamath Forest Alliance (KFA) protects forests, grows climate resilience, and promotes sustainable ecosystems and communities. KFA is motivated to change the way our U.S. Forest Service plans projects, which have promoted industry and profit over Indigenous and local communities for over a century. With support from our Grassroots Fund (and sister fund, CalWildlands), KFA filed litigation in federal court to stop the Crawford Timber Sale, which would have cut down 70% of the Klamath National Forest’s canopy. KFA succeeded, saving 250 acres of old growth trees that are fire resilient, provide critical habitat, and regulate the flow of local streams. This region is a stronghold of temperate rainforest, home to many important species including four of the remaining Northern spotted owls. KFA utilizes many tools in its toolbelt to protect these important lands from near-constant risk of being sold off for milling, cattle grazing, and even the expansion of cell phone towers. From monitoring and collecting data, to sending letters to public officials, providing public comment on proposals, and litigating on behalf of our ecosystems, KFA is defending our state’s wild spaces and special places.

These are just a few of our Grassroots Fund grantees who are stepping up for their communities and the environment. Support grassroots groups across California in their work to create a better and brighter future for us all with your donation to the Grassroots Fund!