The Grassroots Fund is advised by a volunteer board of community activists and funding partners. Organizations listed for identification purposes only. 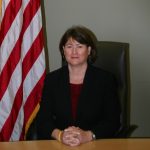 Ms. Martha Davis is the former Assistant General Manager/Executive Manager for Policy Development at the Inland Empire Utilities Agency (IEUA), a municipal water district serving 830,000 people in the western portion of San Bernardino County. IEUA provides regional sewage treatment services, distributes imported water and recycled water supplies, and provides other utility services for the Chino Basin. Between 2000 and 2018, when she retired, Ms. Davis led many of the Agency’s award-winning conservation, planning, and green programs including initiatives promoting water conservation, renewable energy, storm water capture, and recycled water. Ms. Davis currently serves on multiple boards including the Mono Lake Committee, the Sierra Institute for Community and Environment, the Community Water Center, and the recently established Water Efficiency Trust. Ms. Davis graduated from Stanford University cum laude with a degree in human biology and received her master’s degree from the Yale School of Forestry and Environmental Studies. She is the recipient of an honorary PhD in Public Policy from the Kennedy College in Oakland, California.

Gustavo Aguirre
Director of Organizing, Center on Race, Poverty & the Environment, Central Valley
Gustavo Aguirre has over 37 years of labor and community organizing experience. He began organizing with the United Farm Workers as a union member and volunteered for many organizing efforts, boycotts, and political campaigns. In June 2006, Aguirre joined the Center on Race, Poverty & the Environment leading a joint campaign with Californians for Pesticide Reform. He was instrumental in this campaign by persuading Tulare, Kern, Stanislaus and Madera counties to approve new pesticide buffer zones around schools. Aguirre was also key in CRPE’s efforts to develop community leaders and base groups in Tulare and Kern Counties; as well as securing millions of dollars in infrastructure investments for roads, sidewalks, lighting, sewer systems, and park improvements in low-income communities in south Kern County. Aguirre is an integral leader in the Building Healthy Communities initiative in South Kern, and was on the Board of Directors of Lideres Compesinas from 2009 to 2012. He is currently supporting Central California Environmental Justice Network (CCEJN) by providing technical and capacity building assistance so they can better participate in local issues in their communities, as well as further CRPE’s mission. 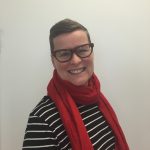 Pam Allen
Lisa & Douglas Goldman Fund, San Francisco Bay Area
Pam Allen is a senior program officer with the Lisa and Douglas Goldman Fund, a San Francisco-based foundation that supports projects related to democracy and civil liberties, education, the environment, health and recreation, the Jewish community, and reproductive health and rights. Pam is responsible for exploring funding opportunities in the areas of democracy and civil liberties and the environment. She migrated to her current position in 2012 after working for the Richard and Rhoda Goldman Fund for 15 years. Her nonprofit career began with CalPIRG as director of the consumer rights program in San Diego and includes work with arts organizations in San Francisco. Pam has served and held leadership positions on several nonprofit boards and is currently a member of the funding board of the California Environmental Grassroots Fund and is the treasurer of the Wahine Outrigger Canoe Club. She is a graduate of the University of Oklahoma and currently lives in San Francisco with her husband, daughter, and cat. 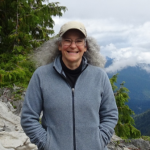 Beverly Cherner
Golden Gate National Parks Conservancy, San Francisco Bay Area
Beverly Cherner has dedicated her entire career to the environmental field, from advocacy to education. She is the Director of Institutional Giving at the Golden Gate National Parks Conservancy. She previously was a fundraiser at Point Blue Conservation Science, the California Academy of Sciences, and NatureBridge. Beverly worked for 16 years as an outdoor educator for nonprofit and public agencies including the National Park Service. In locations ranging from the Santa Cruz Mountains to Alaska, she helped 14,000 people experience nature. She started her career with Communities for a Better Environment and also worked with Earthjustice. Growing up in Detroit, Beverly is passionate about equitably connecting people of all backgrounds with nature whether in urban or wild environments. She received her master degree in Environmental Education from Lesley College, and is trained as a conflict resolution facilitator. She enjoys photographing birds and wildflowers, and learning about traditional uses of native plants. 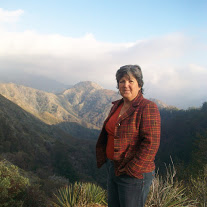 Belinda Valles Faustinos
Ms. Faustinos currently serves as a Strategic Advisor to Los Angeles Waterkeeper focused on integrated, equity based, community investments in parks, water, transit and housing. She previously served as the Executive Director of Nature for All, a coalition of 11 organizations that works to build a diverse base of support for ensuring that everyone in the Los Angeles area – no matter where they live – has equitable access to the wide range of benefits that nature can provide. Prior to this position she served as the Executive Officer of the Rivers and Mountains Conservancy (RMC) for 10 years and as Deputy Director of the Santa Monica Mountains Conservancy for over 17 years. She retired in May of 2011 after 40 years as a California State employee.

She currently serves on the Board of the Tahoe Regional Planning Agency and is an alternate California Coastal Commissioner. Secretary of Interior Ken Salazar appointed her to the National Park Service Advisory Board in 2010 and she was re-appointed in 2014 by Secretary Jewell. As a member of the NPS Advisory Board she Co-Chaired the American Latino Heritage Experts Panel and served as Chair of the Urban Committee. She also serves on two local advisory committees as a Los Angeles County Board of Supervisors appointee and on the advisory board of Latinos Lead. For the last 36 years she has lived in South San Gabriel and enjoys recreating in the San Gabriel Mountains, biking and exploring public spaces in the U.S. and abroad. 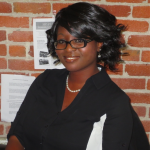 Marybelle Nzegwu Tobias
Environmental Justice Solutions, San Francisco Bay Area
After graduating from U.C. Hastings College of the Law, Marybelle began her legal career at the Center on Race, Poverty & the Environment, co-leading the organization’s civil rights work alongside her mentor, founder Luke W. Cole. She successfully represented community groups in California and across the country using environmental and civil rights litigation and administrative complaints. Following Cole’s tragic death, Marybelle traveled to Italy to join the faculty of the International University College of Torino where she taught environmental justice to international students. Marybelle joined Public Advocates in 2013. There she co-led the Bay Area 6 Wins Coalition and served on the Steering Committee of the California Climate Equity Coalition (formerly the SB 535 Coalition). In 2017, Marybelle founded a consulting firm, Environmental Justice Solutions, where she is the principal consultant. She also joined U.C. Berkeley Law’s faculty as an adjunct professor of environmental justice.