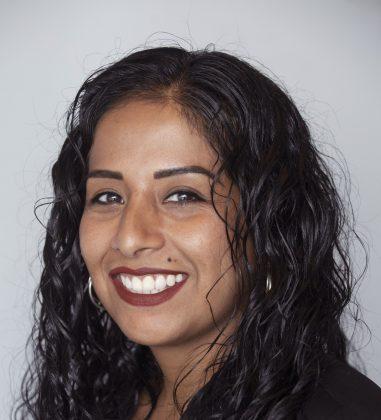 Evlyn Andrade is the Executive Director at EarthCorps and holds a B.A. from UC Berkeley. She most recently served as a Policy Advisor to a San Diego County Board Supervisor. Previously, she was the Development Director at Climate Action Campaign, and prior to that, she was Manager of the Center for Public Health Practice and the Office of Diversity at the UC Berkeley School of Public Health. Evlyn has volunteered with many organizations supporting low-income families on topics ranging from college admissions to substance abuse and addiction. She has volunteered with the Teach in Prison Program and as a Court Appointed Special Advocate for youth in the foster care and juvenile justice system. She has been a passionate proponent of social, economic, and environmental justice and has served on various executive boards. 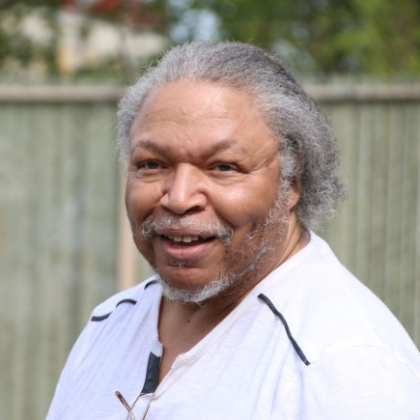 Willard Brown served as the Director of Housing and Environmental Programs at Delridge Neighborhoods Development Association (DNDA), where he worked for 6 years after retiring from Seattle Housing Authority (SHA), where he worked for just over 34 years. Willard was a key employee and for the last ten years at SHA, served as Property Management Administrator for Redevelopment. He has served on the Advisory Council for African American Elders and currently serves on the Board of the Equitable Development Initiative (EDI) as he continues to fight for investments in Delridge’s infrastructure. Though Willard is retired from the DNDA, he continues to support environmental projects within the Delridge community and Longfellow Creek watershed and has been championing the restoration and protection of the Delridge wetland and Roxhill Bog. He is working closely with community members, local governments, and organizations to gain their support for these projects, increase community awareness of the environmental importance of the wetlands within the watershed, and significantly reduce area flooding and stormwater pollution entering Longfellow Creek. Willard is also actively involved in updating the 2035 Delridge Neighborhood Plan, is a Emeritus member of the Board of Directors of the Seattle Green Spaces Coalition, and has worked closely with City Council members to gain support for community-based organizations being able to own surplus properties and re-purpose them for community benefit. 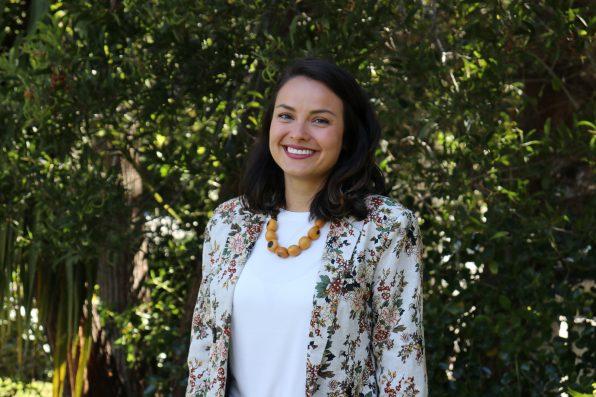 Laura serves on Rose Foundation’s Board of Directors, and was previously the Program Officer for the Puget Fund, helping invest millions in watershed protection in the Pacific Northwest. She has deep connections to water from her roots in the Andes mountains of Colombia and occasionally does open water swimming. Laura now manages outreach at the Goldman Environmental Prize, and practices participatory grantmaking as a Giving Circle Network member at the Latino Community Foundation. She received two B.As, in Geography and International Relations, from Florida International University, and Development Studies at the Geneva Graduate Institute. Whether playing soccer, enjoying local brews, or using a bicycle as her main means of transportation, she strives to be an active advocate for her broader Latinx community and social justice. 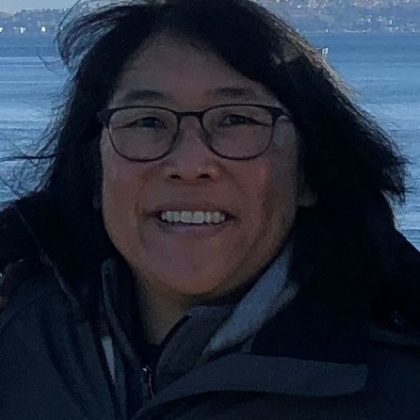 Pam Fujita-Yuhas
Pam Fujita-Yuhas is Foundation Director for the NW Fund for the Environment where she has co-managed the operations and grantmaking programs of the foundation for the past two decades. During her time at the NW Fund, Pam has overseen a portfolio of grants in the foundation’s Salt Water Aquatic Ecosystem, Growth Management and Community Response Fund Programs totaling approximately $3.2 million. In addition to her duties at the NW Fund, Pam helps coordinate the Puget Sound Funders group of the NW Environmental Grantmakers Association and has served on grant committees of the Social Justice Fund and the Seattle Foundation. Pam has BA in Government from Pomona College and a MPA in Nonprofit Management from the Evans School of Public Policy and Governance at the University of Washington. When she isn’t working at the Fund, Pam can frequently be found with her husband and dog walking the Burke Gilman Trail or enjoying a stroll through Seattle parks. 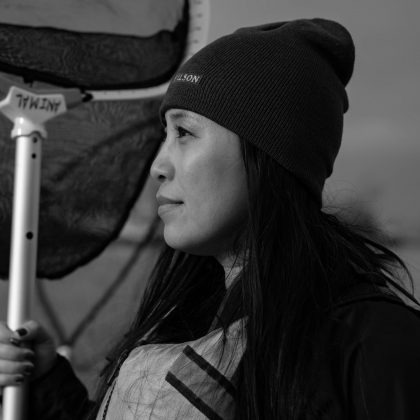 Eloise S. Lee Harris
Born and raised in Hawai’i, Eloise has a deep connection to open water and the issues that impact the communities and ecosystems that rely on healthy waterways. As a strategist and storyteller, she has 15+ years of experience supporting government, private, and nonprofit agencies in diverse industries throughout the U.S. and internationally. Since moving to the Seattle area in 2018, she is focused on projects and programs that prioritize the wellbeing of those systemically burdened by environmental harms. In addition to being a board member of Rose Foundation’s Funding Board, Eloise is a strategic communications consultant and sits on the board of Sustainable Seattle — a nonprofit working to create a more equitable and resilient Seattle — and guides the communications and marketing program of Friendly Hmong Farms as a volunteer — a Hmong-led Community Supported Agriculture venture in partnership with Hmong farmers and other farmers from Black, Indigenous, Asian, and Pacific Islander communities. She received her BFA in Film and Television Production from New York University’s Tisch School of the Arts, and her MA in Asian American Studies from San Francisco State University’s College of Ethnic Studies. Eloise is the proud mother of a rambunctious seven-year-old, a firm practitioner of intersectional frameworks, and is anxiously awaiting her first Southern Resident orca sighting. 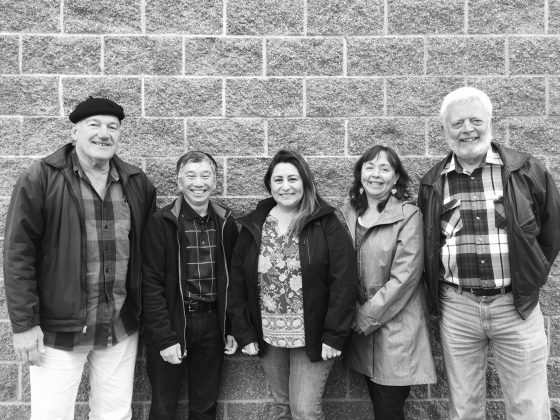 Lee Moyer
Lee Moyer was a founding board member of the Puget Soundkeeper Alliance and served on the PSA board for 27 years. He also served on the Seattle Shoreline Parks Improvement Fund Committee, helping to oversee the allocation of METRO mitigation money to shoreline projects of all sizes, and is the former president of the Washington State Parks Boating Safety Committee.

Lee is a lifelong resident of the Puget Sound region, and the retired owner of a kayak manufacturing and sales firm in the Seattle-Tacoma area. He is the author of Sea Kayak Navigation Simplified, a practical hands-on guide for the coastal kayaker.

Fabiola Greenawalt
Fabiola Greenawalt is a program officer at The Russell Family Foundation, where she implements strategies that protect Puget Sound waters and advance environmental education. Starting at the Foundation as an executive assistant in 2010, Fabiola worked her way through the ranks, eventually growing into her current role. Some of the leadership roles and organizations Fabiola has participated in include the Environmental Grantmakers Association, where she serves on the board of directors and is a member of the board development and membership committee; The Funders’ Network PLACES Fellowship Program; Blue Sky Funders; and the Puget Sound Funders. Previously, she worked as a senior executive assistant at the City of Seattle’s Department of Neighborhoods, where she assisted with special projects such as the City of Seattle’s Race and Social Justice Initiative and represented the Department in various community-facing initiatives. Originally from Guatemala, Fabiola is fluent in Spanish.

Shelley Means
Shelley (White Earth Ojibwe/Oglala Lakota) is a mother and indigenous-community consultant, facilitator, and volunteer who lives with her family in the traditional territories of the S’Homamish (Puyallup) people, on Vashon Island, Washington. Shelley’s current portfolio includes coordinator for Native Voices Rising, a re-granting partnership between Native Americans in Philanthropy and Common Counsel Foundation; Trainer/Facilitator with Native Organizer’s Alliance; Co-Coordinator of the Native American Women’s Dialog on Infant Mortality (NAWDIM), and Talking Circle Facilitator for NAWDIM’s cradleboard classes; and, facilitator for the Coalition to End Urban Native Homelessness. She also serves on the Board of Directors for Seattle Indian Health Board.

Barry Wenger
Mr. Wenger has a strong science background and has been involved in environmental planning, land use, and shoreline issues for the past 38 years in Washington State. His passion for the environment balanced with a solid commitment for reasonable and sustainable planning and regulation has allowed him to be an outstanding leader in the field of shoreline management. He has mentored local and state planners and taught a multitude of land use and environmental classes at planning conferences, training sessions, universities, and colleges over the past decades.

Mr. Wenger’s long-term working relationship with local regulators, property owners, resource agency staff, NGOs, tribal personnel, and shoreline development contractors and professionals i.e. engineers, architects, etc provides a solid foundation for understanding the needs of the various stakeholders and data end users. Mr. Wenger was the Senior Environmental Planner for the Washington State Department of Ecology Shorelands and Environmental Assistance Program for 26 years from 1986 – 2012 when he retired from state service. He was the lead planner working with local cities and counties around the state, with an emphasis on Puget Sound, to develop Shoreline Master Program updates and amendments. Grant officer for many of these entities as well as NGOs, and community groups i.e. BeachWatchers, etc to plan and implement a wide range of public access and environmental improvements. He was the lead planner and negotiator on a multitude of large-scale projects such as the Gateway Pacific Terminal, Cherry Point Industrial Pier, Georgia Straight Crossing Natural Gas Pipeline, Sumas 2 Co-Generation Plant, among others. Following undergraduate studies at the University of Washington in Biological Oceanography, he was one of the first graduates from Western Washington University – Huxley College of Environmental Studies with a Bachelor of Science in Environmental Planning in 1974.

Phil Wong
Phil Wong retired from the Environmental Protection Agency, Region 10, Seattle, Washington after more than thirty-one years of service. For the majority of his career, he was responsible for enforcing environmental regulations established by the Toxics Release Inventory and Clean Water Act. Phil is also noted for his involvement with the initial investigation and cleanup of Gas Works Park in Seattle. As a remedial project manager in EPA’s Superfund Program, Phil received a national award for implementing a remedial action in Tacoma’s Commencement Bay Superfund Site.