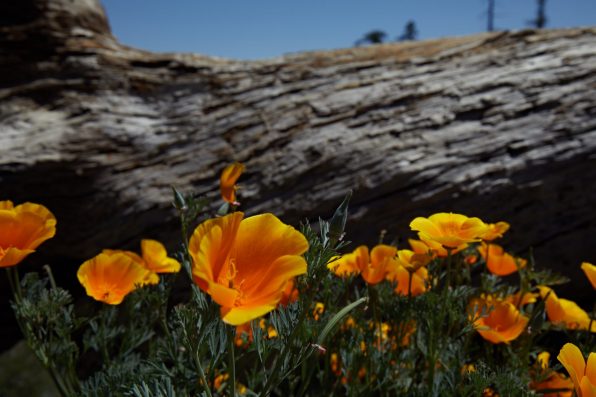 California Wilderness Coalition
For Central Coast Wild Heritage Campaign 2019 Bill Rollout
$10,085
To pass the Central Coast Heritage Protection Act (CCHPA), which will permanently protect 245,665 acres of federal land as wilderness, establish two scenic areas totaling 34,512 acres, and protect 159 miles of wild and scenic rivers. CalWild will work with long-cultivated networks and the Central Coast coalition to utilize earned and paid media to demonstrate diverse and widespread support for wilderness and wild rivers, and specifically the CCHPA. Through earned media in particular, CalWild will highlight key features of the legislation as a way to garner additional recognition and support from key constituencies. Through coalition member emails, newsletters, social media outreach, and events, CalWild will engage supporters by featuring information about the area and posting calls to action.

Native American Land Conservancy
For Protect Mojave Desert’s Sacred Springs
$9,000
To bring tribal voices and organizations to support protection for groundwater in the Cadiz and Fenner Basins through advocacy, outreach, and and media efforts. NALC will provide additional support and education in Sacramento to ensure decision makers understand the importance of the Cadiz Water Mining Project to tribes, and that tribal resources and values are considered by State officials who are unfamiliar with the region, yet will be casting votes to decide SB 307 in the coming months. By focusing on support for stronger California agency role in groundwater protection, NALC will aim to protect springs, seeps, and groundwater from destructive groundwater pumping projects in Mojave Trails National Monument and Mojave National Preserve. 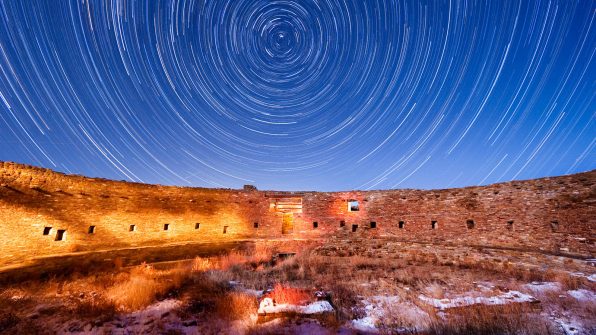 National Parks Conservation Association
For Opposing the Cadiz project to protect precious water resources underlying California desert parks
$21,000
To stop the Cadiz Project, which threatens to drain 50,000 acre feet of water yearly for 50 years from beneath nationally significant desert lands. To do so, NPCA will reintroduce SB120 in the Senate, with key co-sponsors in place, and broad media attention; execute a strong media strategy to ensure this issue remains a top California environmental issue and that there is awareness of the need for immediate action; and build grassroots and grasstop support throughout California to communicate the broad support for the protection of desert water and Mojave Trails National Monument.

Defenders of Wildlife / California
For California Wildland and Wildlife Defense: Building Public Resistance to Environmental Rollbacks
$25,000
To expand media coverage through editorials, op-ed and news stories about the environmental rollbacks affecting public lands, which then will increase public awareness and place pressure on (a) key Congressional members to resist proposals to weaken environmental protections and (b) state legislators and agency officials to advance state policies that will help to protect federal lands and resources against Trump Administration and Congressional rollbacks. Increased public and media pressure will help to advance protective state policies, including efforts to defend U.S. Forest Service lands, BLM Lands and national wildlife refuges, and to oppose the various rollback efforts. 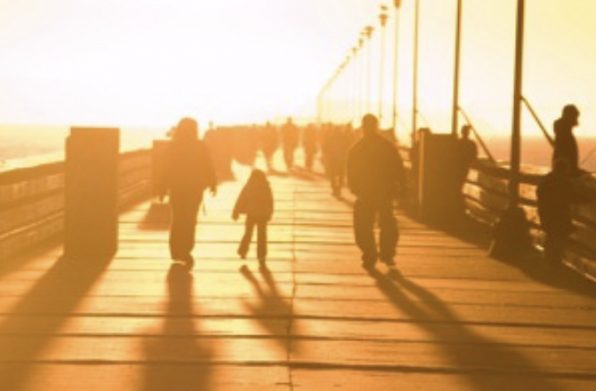 For Conservation Perspectives in California
$20,000
To define the most impactful messaging on key environmental issues, and then use this information to immediately begin public outreach on imminent environmental concerns; including Land and Water Conservation Fund reauthorization, offshore drilling, and national monument protections. The knowledge gained from the focus groups will also be used to inform, educate, and persuade decision makers at all levels to prioritize and champion these issues.

California Native Plant Society
For Desert Defense Campaign to Protect and Preserve Desert Botanical Treasures and the DRECP
$24,727
To protect the California deserts from devastating mining, development, and exploitation. While it tiers off of work that has been ongoing for years, this is a new and unexpected emergency. Last month the Trump administration took an action that is intended not only as a direct attack on California but also an attack on federal lands, federal agencies and their dedicated staff, and on the very concept of bringing adversaries together to develop collaborative conservation plans. 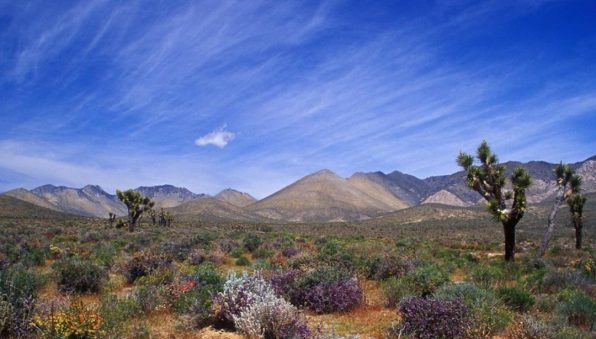 Environmental Defense Center
To Protect the Santa Barbara Channel MPAs and CINMS from New Offshore Drilling
$20,000
To serve as the lead local organization for the legal efforts to push back the Trump administration’s recently released plan to open more than 90% of our nation’s offshore waters to oil and gas exploration. EDC’s efforts will include research, educating the public, advocating for protections regionally and in Sacramento, and ultimately commenting on the Draft Programmatic Environmental Impact Statement anticipated this year. 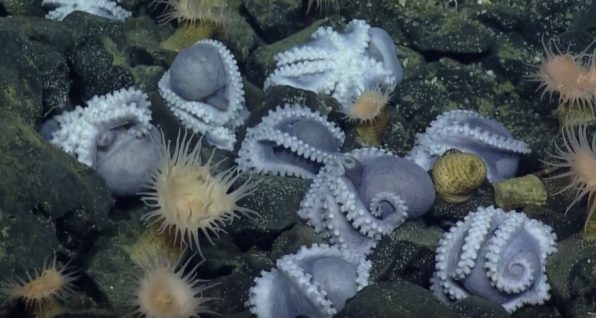 For Saving the Davidson Seamount
$10,000
To lead a fresh campaign to raise public awareness, empower the community to write and call local, regional and state legislators and petition Congress to stop the Administration from removing Sanctuary protections from the Davidson Seamount.

Friends of the Inyo
For Defending Wildlands of Conglomerate Mesa 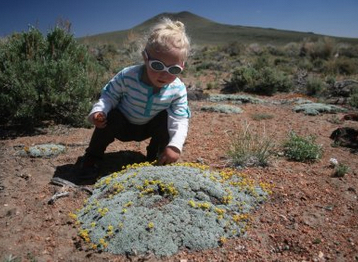 $8,020
To continue media outreach to keep community members and local elected officials informed and engaged about exploratory drilling related to a possible open-pit gold mine on Conglomerate Mesa, and complete a hydrological review to understand impacts to water resources to help make a case against the exploratory drilling with regulatory agencies.

Resources Legacy Fund
For Protect California from Offshore Oil Drilling
$25,000
To support a broad and diverse constituency of California residents to voice their strong opposition to new offshore oil drilling in the Pacific at a public meeting in Sacramento, at local rallies around the state, and through other means during the public comment period.

Sierra Club Foundation
For Our Wild California
$14,300
To stop new oil drilling in federal waters off the coast of California, protecting current and proposed marine monuments and sanctuaries, our coastal economy, communities, and wildlife by mobilizing a strong public response to the Bureau of Ocean Energy Management’s (BOEM’s) proposed five-year drilling plan.

For Defending the Desert Conservation Plan
$20,000
To harness the Bureau of Land Management’s review process to unequivocally demonstrate the private and public support of – and the immense value in – the Desert Renewable Energy Conservation Plan (DRECP).

California Wilderness Coalition
For Giant Sequoia and Carrizo Plain National Monuments Defense
$5,000
To lead the defense of Carrizo Plain and Giant Sequoia National Monuments. These areas have supportive networks that haven’t been mobilized for years. As a group that led much of the organizing on the original designations, CalWild has revitalized long standing relationships to rally against this unprecedented attack.

WildPlaces
For Giant Sequoia National Monument Advocacy and Community Response Project
$15,000
To educate and engage communities and local agency representatives within Tulare and Kern Counties as to the importance of maintaining the current size of the Giant Sequoia National Monument while advocating through media and public forums the dire necessity to respond immediately to threats that will reduce the size of and introduce resource extraction into the Monument.

Defenders of Wildlife/California
For Preserve California Campaign
$25,000
To educate state legislators and Governor Brown, through coalition building, advocacy, and media, about the importance enacting two critical bills — Senate Bill (SB) 49, the California Environmental Defense Act of 2017, and SB 50, the Public Lands Protection Act, that will serve as a backstop against federal efforts to erode environmental protections and give away public lands. SB 49 protects California from federal actions to undermine or abandon critical public health and environmental protections by ensuring that California will maintain, at a minimum, the existing standards for protection for our state’s people, wildlife, and natural resources. SB 50 would establish a new state policy to discourage the conveyance of federal public lands to private developers for resource extraction and development and directs the State Lands Commission to establish a right of refusal by California for any federal lands proposed for sale or conveyance to other parties. 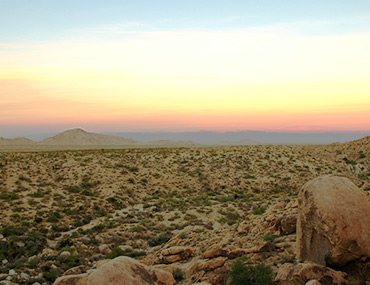 For Protect Mojave Desert Sacred Lands by educating groups about AB 1000
$15,000
To provide additional support and education in Sacramento to ensure decision makers understand the importance of the Cadiz Water Mining Project to tribes and that tribal resources and values are considered by State officials who are unfamiliar with the region, yet will be casting votes to decide AB 1000.

John Muir Project of Earth Island Institute
For Stop Logging Bills Campaign
$15,000
To educate and politically activate the public to stop the Westerman logging bill, HR 2936 (The “Resilient Federal Forests Act of 2017”), which would greatly expand and accelerate logging operations on federal forests by eliminating full compliance with forest plan requirements, opening up roadless areas to road building and logging, allowing logging projects as large as 30,000 acres to proceed without NEPA impacts analysis or public participation, and preventing judicial review by requiring binding arbitration or eliminating non-profits’ ability to recover fees and costs under the Equal Access to Justice Act. 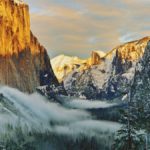 For Opposing the Cadiz Project
Statewide
$14,160
To build legislative support with the State of California and simultaneously implement a coalition building strategy to protect the Cadiz Valley Aquifer from the groundwater extraction project proposed by Cadiz Inc – a program in direct contrast to California’s sustainable management legislation for the state’s groundwater basins.  This strategy is in line with the strong statements that Governor Brown and legislative leadership have expressed regarding efforts by the Trump Administration to roll back environmental protections and regulations. 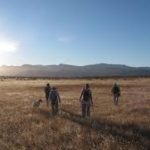 Mojave Desert Land Trust
For The Cadiz Hydroecology Project: A water study to protect the east Mojave
Southern Desert
$20,000
To conduct a water study project as part of broader program initiative to prevent the Cadiz groundwater project from destroying the east Mojave Desert’s fragile ecosystem and preserve landscapes of the Barstow, Needles and Twentynine Palms communities that are rich in Native American history and home to the longest undeveloped stretch of Historic Route 66, and the Amboy Crater National Landmark. 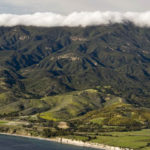