Jill Ratner was trained as an attorney and specialized in environmental and financial law. She serves as the President and Co-Director of our New Voices Are Rising program, a youth leadership development program delivering environmental justice and civics curricula to underserved East Bay high school students. Before co-founding the Foundation in 1992, Jill organized a multi-cultural recycling advocacy coalition in the Los Angeles area, effectively moving the City of Los Angeles to implement a curbside recycling program, and previously was an associate at the Los Angeles law firm Irell & Manella. Other former appointments include the Los Angeles City Environmental Quality Commission, LA City Solid Waste Advisory Board, Council of the Foundation Partnership for Corporate Responsibility Advisory Board, and the Boards of Communities for a Better Environment and Californians Against Waste. Tim Little is Rose Foundation’s chief executive and principal grants officer. Starting 25 years ago from an endowment of zero, Tim built a family of environmental and consumer protection grantmaking funds at the Foundation – most supervised by expert advisory boards – that collectively award $3 – $7 million each year. Tim is an evangelist about the power of grassroots community activism and the need to funnel resources toward the grassroots base of the environmental movement. He is also a nationally-recognized voice in the field of sustainable investing and has co-authored The Environmental Fiduciary series of publications related to fiduciary responsibility and corporate environmental performance. Before co-founding Rose Foundation, he held leadership positions with a number of non-profits including the Coalition for Clean Air, Heal the Bay, and Communities for a Better Environment. Other past affiliations include serving on the board of the Sierra Nevada Alliance and Confluence Philanthropy. 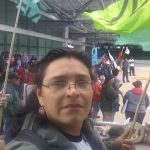 Pamela is an experienced administrative professional who is applying her skills and passion to the environmental health and justice movement. She has volunteered for various groups and projects including Latin American Club during college to raise scholarships funds for low income Latino students, registering new voters during presidential campaigns and motivating them to make their voices heard, and most recently as a founding member of Bay Area Refinery Corridor Coalition to fight environmental injustices committed against disadvantaged communities in the San Francisco Bay Area. She has a Bachelor of Science in International Business with a minor in Latin American studies and Master in Business Administration. Pamela is absolutely thrilled to have joined the Rose Foundation team as the new Administrative Manager. 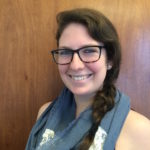 Anya has a long history at the Rose Foundation, starting as an intern in 2006 and circling back after she pursued her degree in urban studies from UC San Diego. After her return, she stepped back in to train new grants program staff and has helped administer many of Rose’s grant funds. Currently, Anya is the Program Officer for the Consumer Privacy Rights and Consumer Financial Education Funds, and administrator for the Just and Resilient Future Fund. 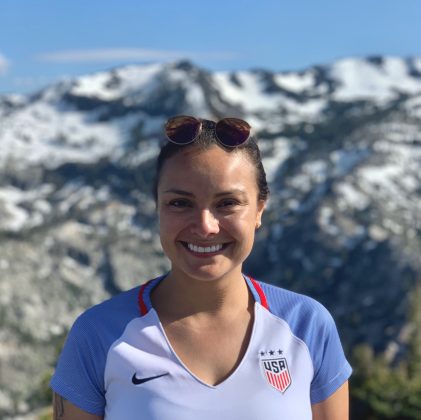 Laura is a socio-environmentalist and development professional. She has over five years of grassroots and non-profit sector experience in advocacy, research and communications around climate change and sustainability. Laura is originally from Colombia, and her passion for community driven change and the environment brought her to the Rose Foundation. As a Program Officer, Laura helps manage the Foundation’s various grantmaking programs by communicating with applicants, coordinating grants processes and administering grant contracts. She holds bachelor degrees in International Relations and Geography, and studied a master’s program in Development Studies at the Graduate Institute in Geneva. When Laura is not helping to enable grants she is playing and coaching soccer, visiting Bay Area breweries, and hiking our public lands. 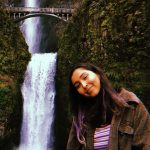 Born and raised in Los Angeles, Katherine moved to Oakland to attend Mills College, where she majored in Ethnic Studies and Political, Legal, and Economic Analysis. As the Program Assistant for New Voices Are Rising, Katherine develops and implements workshops, field trips, and actions to build the environmental justice knowledge and leadership skills of New Voices interns and Summer Academy students. She’s passionate about focusing the environmental movement on healing people of color, as well as the natural world. Katherine loves seeing the vision New Voices students have for healing their own communities and is excited to help them make their visions real. 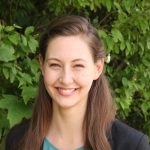 After working in the private sector, Aurora is excited to bring her commitment to social justice and her administrative skills to the nonprofit world as the Rose Foundation’s administrative assistant. She holds a degree in cultural anthropology from Mount Holyoke College in Massachusetts where her coursework stressed the interconnected nature of social, economic and environmental justice. There, one of her most fulfilling research projects was an investigation of the institutional and cultural barriers to solar energy at the college. This research opened a fascinating window into the complexities of environmental justice policy and sparked her continued interest in that area. Originally from Napa, CA, she is glad to be back in the Bay Area and delighted to join the Rose Foundation in its valuable work. 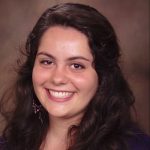 Aviva is excited to bring her communications skills and commitment to environmental justice to her work at the Rose Foundation. Born and raised in Oakland, Aviva lived through snowy winters at Tufts University, studying the communications and policies surrounding the environmental and climate justice movements. She has applied her formal education to her work with No Coal In Oakland, fossil fuel divestment and reinvestment, and the Sunrise Movement’s #GreenNewDeal. Aviva is happy to be back in the Bay Area, contributing to the mission of the Rose Foundation and supporting its grantee organizations’ community-based, grassroots solutions.

Megan comes from a grassroots organizing background, and brings her professional experience of working in the environmental nonprofit sector with her to the Rose Foundation. She received her bachelor’s degree from UC Berkeley in Environmental Science and Sociology in 2015, where she discovered her passion for environmental and food justice. After graduating, Megan spent a year working with Food Shift to reduce food waste, create jobs, and feed underserved populations in Oakland. During her year with Food Shift, Megan ran a successful crowdfunding campaign, worked on writing and tracking grant proposals, and created a comprehensive development strategy for the organization. Since joining the Rose Foundation team, Megan has enjoyed working closely with grassroots groups to further strengthen their communities. In her free time, Megan enjoys gardening, cooking, and swing dancing. 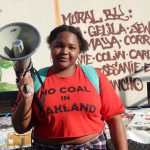 Mykela, a graduate of Oakland’s Skyline High School, is now a student at Colby College, where she is studying public policy and environmental studies. She has been an active participant in the Summer Climate Justice Academy three years in a row, serving as New Voices summer participant and Fellow during the 2016-2017 school year, as a Pod Leader during summer 2017, and the 2018 Summer Academy Youth Co-Coordinator. She is excited to be further involved in shaping and supporting New Voices as Program Assistant. 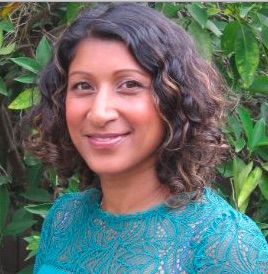 Sheela has extensive experience working within and fundraising for Bay Area environmental nonprofits, including working for Earth Island Institute and KIDS for the BAY. She long admired the Foundation and its work to empower youth, communities, grassroots environmental organizations, and consumers.  After many years of soliciting grants from the Foundation, she’s excited to step into a role within the organization to strengthen relationships, increase visibility, and raise funds for the Foundation and its grantees.