We all know that it takes a village to build a strong movement, but there is always one leader who goes above and beyond for their cause. One such person is our 2017 Anthony Grassroots Prize winner Regina Chichizola for her dedication to protecting the aquatic watersheds of California and the Tribes who depend on them for their livelihood. 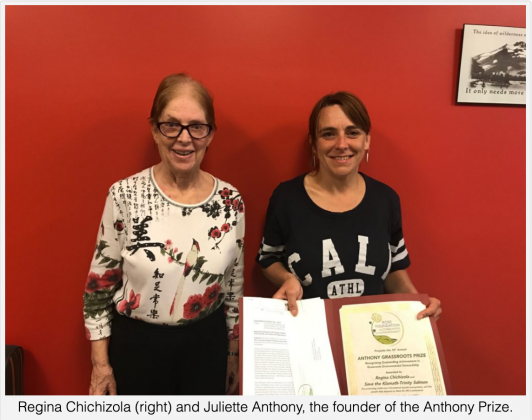 Due to the combined effects of climate change, drought, water diversions, and dams, salmon populations on the Klamath and the fishermen and tribal members who depend on them have been the worst salmon returns in recorded history. This lead to the closure of the commercial season locally, as a meager Tribal allotment of about one fish per 10 Tribal members. Based in Orleans, Regina has continuously promoted the dam removal and other initiatives to restore anadromous fisheries –both for their commercial and cultural value –throughout the Klamath-Trinity basin and statewide.

Combining her passions of ecological conservation and environmental justice, she was an early leader in building the movement to remove four old and outdated dams from the Klamath River. Although these dam removals are still a point of contention today, her movement led to a historic water settlement between the dam operators, state and federal government, and some tribal nations around the cooperative removal of the dams. 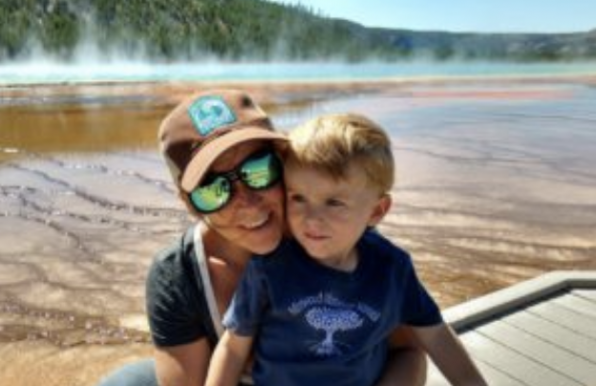 “Regina Chichizola lives in a place that most Californians have never visited, but she sees the connections between water issues throughout our state better than many of our representatives in Sacramento,” said Anthony Prize founder Juliette Anthony. “She advocates for the tribal leaders that are combining hard science with deep spirituality to help all of us understand that the proposals to build the Delta Tunnels, raise the Shasta Dam and drain our aquifers are unjust, shortsighted and unsustainable.”

Regina is currently a Salmon and Water Policy Analyst at the Institute for Fisheries Resouces after working with Save California Salmon and the Hoopa Valley Tribe.

Do you know of a Grassroots Hero like Regina? Nominations are open until March 22nd! For more Anthony Grassroots Prize information and to submit your nomination, visit:
https://rosefdn.org/anthony-grassroots-pri…/how-to-nominate/